Kubernetes Pune is a group for all Kubernauts who want to learn and share experiences about Kubernetes. This meetup group is for all skill levels right from beginners to experienced professionals.

This time the May edition of “Kubernetes Pune” meetup was held @ Red Hat, Pune successfully. It was clubbed with “Serverless Pune” meetup.

With the initial arrangement done by Navid Shaikh, this time me and Praveen Kumar were the event hosts in his absence.

Around 20 people attended, from various background and companies ranging from startups to known like Cognizant and Cybage. There were very few were beginners to get basic understanding of containers technology and Kubernetes.

The first half of the meetup was more focused on OpenShift Origin which is one of the popular distribution of Kubernetes optimized for continuous application development and multi-tenant deployment. Praveen gave the general introduction of OpenShift, talked on its architecture and described about various features it provides on top of Kubernetes. Finally, he ended with nice demo with deploying a simple application with OpenShift web console. 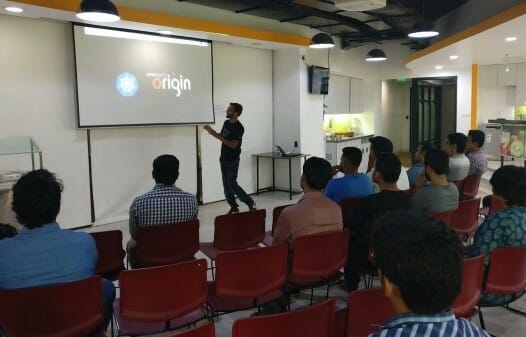 It was followed by talk on Minishift by me which aims to provide the local development environment of OpenShift instance in developer’s workstation. I explained about the Minishift project, its short history and objectives behind it. Followed by Minishift components, features, architecture and reasons why users should use it. At the end, I gave the demo on deploying application on OpenShift with your own application container image. 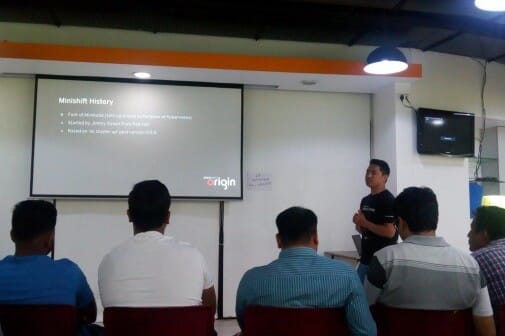 We got lots of question during the talk which we answered gracefully and noted down few which we couldn’t with the promise to get back with answers.

You can find the slides for both of above talks here.

After a break of 15 minutes, the final talk was presented by Vishal Biyani on the “Introduction & Demo of Funktion by Fabric8”. He started with the introduction of serverless technology and its concepts, architectural considerations, benefits and challenges one can face. After that, he described about Funktion which enables lambda style development and deployment on Kubernetes. He ended with demo on getting your first function.

The slides can be found here. 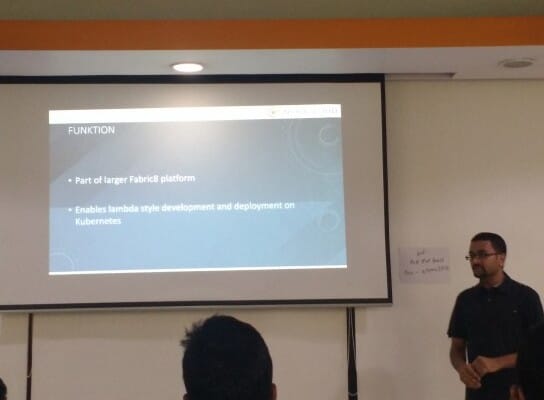 The meetup was concluded with providing snacks to the attendees, lot of ad-hoc discussions and Q & A between speakers and participants. At the end, few announcements were made on the plans for upcoming meetups.

Overall, it was great event. Audience was enthusiastic and interactive. Speakers enjoyed a lot speaking to such audience.