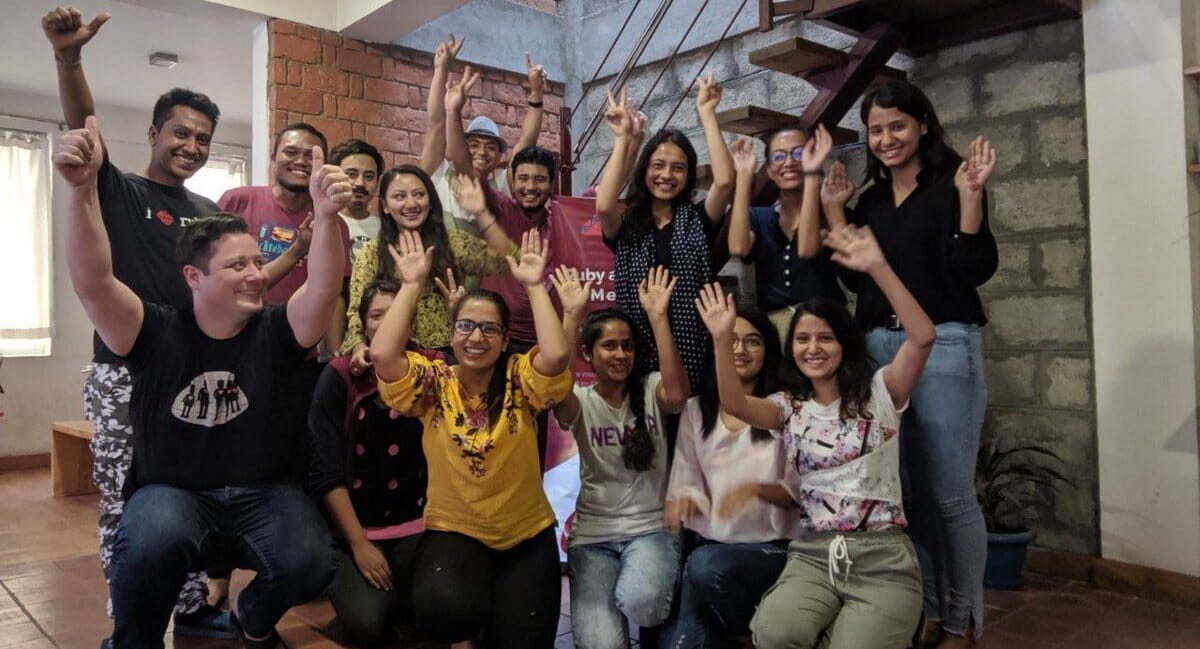 As per the Stack OverFlow’s 2019 survey, women comprise nearly 8% in the field of Software Development across the world. In order to improve the participation of women in the IT field, there had been many initiatives started and running all over the world.
One such initiative is the Rails Girls whose aim is to give tools and build a community for women to understand the technology and build their ideas. It was founded at the end of 2010 in Helsinki, Finland.

Ever since I came to Nepal in April 2019 I wanted to attend or conduct any Ruby related event. Although, I have been introduced into the Ruby Nepal slack long back, frequent interactions started to happened when I joined the railsgirls-nepal channel in the first week of July after the communication with Ruby Nepal head Saroj. As the name suggests, this channel was created to discuss everything related to organizing Rails Girls Kathmandu. I went through the previous discussion and gave a few of my suggestions based on the experience of Rails Girls Pune. Most of the internal communication happened through emails for coaches. I felt good to be chosen as one of the coaches.

The venue was chosen very far from my dwelling place. It was inside the Banba Group, a company that is solving hard problems on the cutting edge of technology. The host, Jonathan Clarke was cool and humble. Interestingly, he is from Ireland, married a Nepalese girl and kind of settled here.

Day 1 in Rails Girls event is mostly dedicated to getting familiar with your participants and making sure that they are ready for Day 2, the actual workshop. During this day, the organizers or coaches help with the installation of all the pre-requisites required for the workshop. It mostly includes Git, Ruby, and Ruby on Rails.

Although there were nearly eight girls for the installation day, the numbers had increased during the second day to around twelve. It was both good and bad. Good in the sense that each coach now can give more time to help individual participants. However, the number was less than the rest of the world. It shows that the penetration of Ruby is not enough at the moment in Nepal.

We started with a briefing about the Rails Girls event to all attendees. It includes mostly about how it started, its purpose, how the workshop will be going to happen etc. 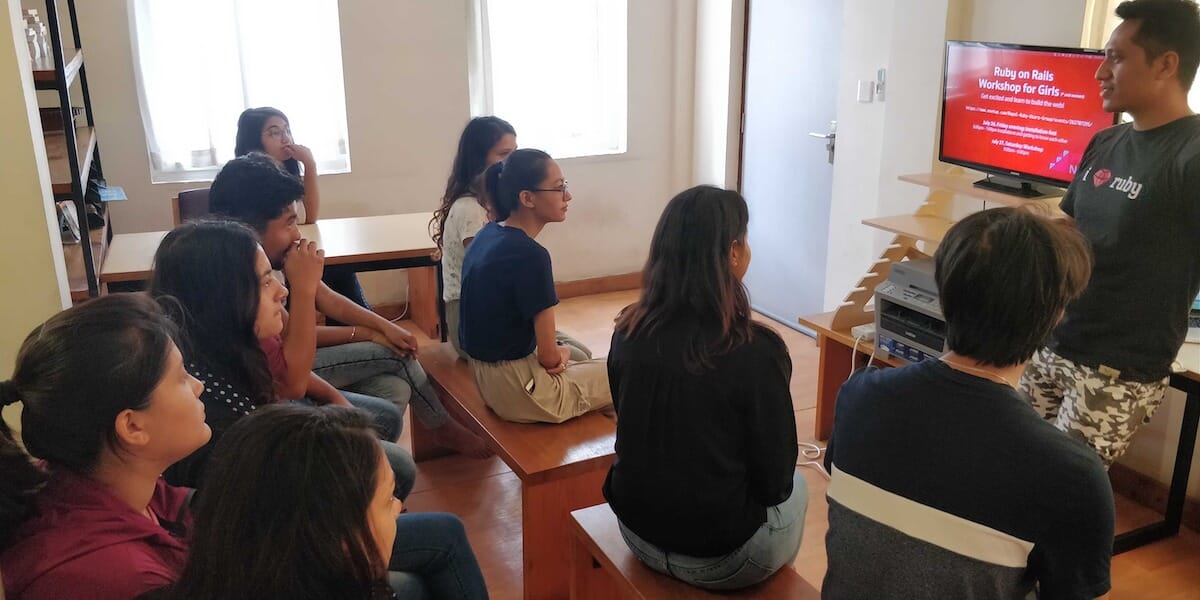 After that, we all started with the workshop. Our schedule looked like:

Ruby gems are not smoother in Windows in the context of the installation. 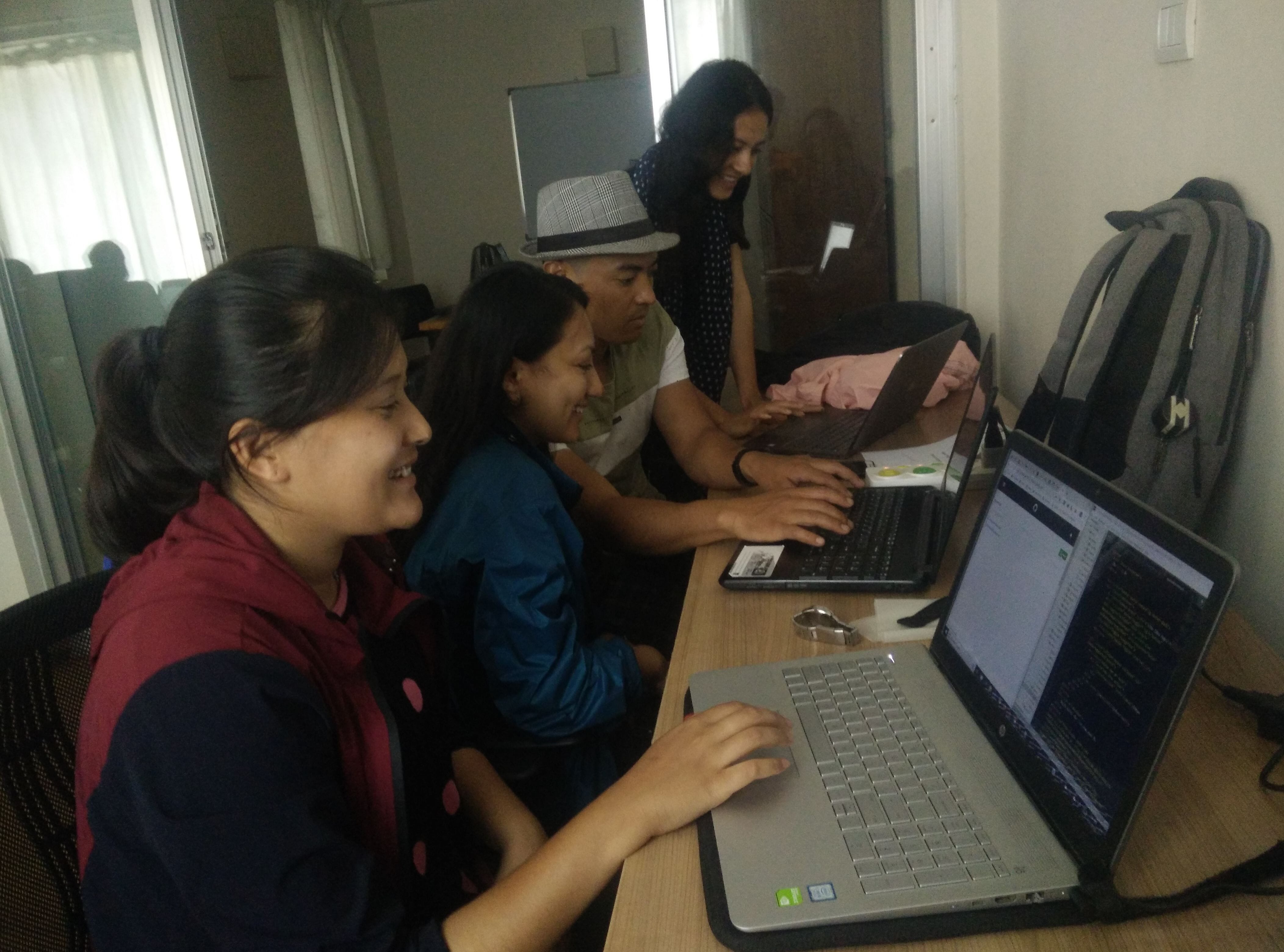 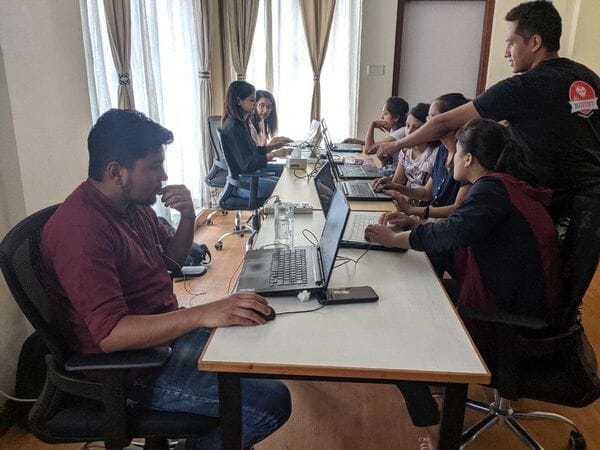 After around two o’clock, lunch was served. It was in a package made in an Aluminium and had “MoMo” with french fries and potatoes. We had Pizzas too. It was the local ones. Overall, the lunch was light and delicious. Forgive me for not clicking it pics and sharing it with you.

Post lunch, we continued with the workshop and focussed on Pushing to GitHub and Hosting to Heroku sections. The majority of the participants were able to finish the basic drill of the workshop.

We all coaches were happy to see with the proceeding.

The event was officially ended with a group photo.

My overall experience of coaching was wonderful at this event. I observed that the girls in Nepal have the potential too to meet with the industry expectations. Although the numbers were less for the first edition of Rails Girls Kathmandu as compare to the Pune edition, I have a feeling that it will grow as we organize such events in future.

Looking forward to the next edition of Rails Girls Kathmandu with our more girls.

Why Entrepreneurship in Nepal

Syntax Highlighting with Prism in Jekyll