Career of a person has become as important as their own life now a days. People can’t imagine life without a good career. Career guidance is the guidance given to individuals to help them acquire the knowledge, information, skills, and experience necessary to identify career options, and narrow them down to make one career decision. This career decision then results in their social, financial and emotional well-being throughout. Workshop is the demonstration and acquiring of skills either by doing practically or exchanging information.

29th Nov, 2019 was one of the memorable days in my life as it marks the beginning of my new career journey in professional training. The hall was set in Butwal Multiple Campus, Butwal by Jiwan and Nabin dai (Nepalese word for elder brother) along with his student supporters for this career guidance and programming workshop. It has enough capacity to hold up to 150+ students. Jiwan dai told me we could at least expect 100+ students ranging from 9th class onwards. By the end of the day, it was around 120 students.

I arrived at Butwal a couple of days before the workshop day and after discussion with Jiwan dai, I started to prepare my presentation to target more on the motivational based slides than fully technical as the audience was quite young. It was my first time in Butwal and I found city cleaner than Kathmandu, at least around the places I roamed.

The first day of the workshop was focussed on the introduction, software development and programming philosophies, different roles in the IT industry and their rough salary estimates, a case study of the world richest person Bill Gates and programming concepts review. During the slides preparation, I came to know that from 1995 to 2017, Bill was the richest person in the world for all but 4 of those 22 years.

I tried my best to give my presentation in Nepali language so that the students can understand in better ways. 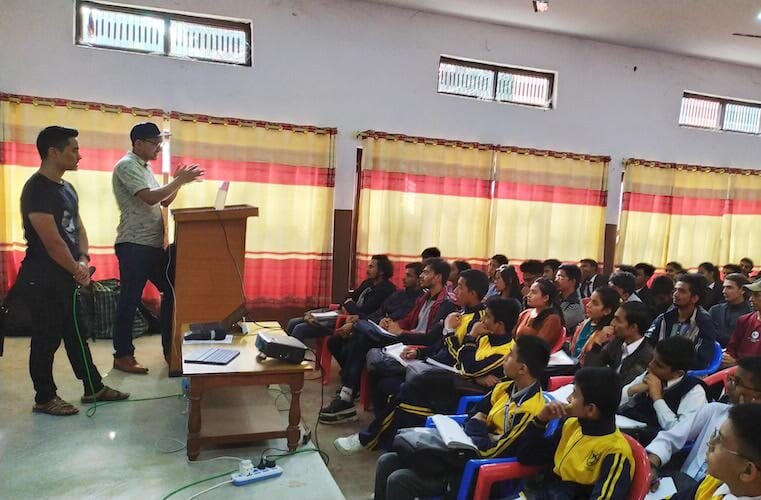 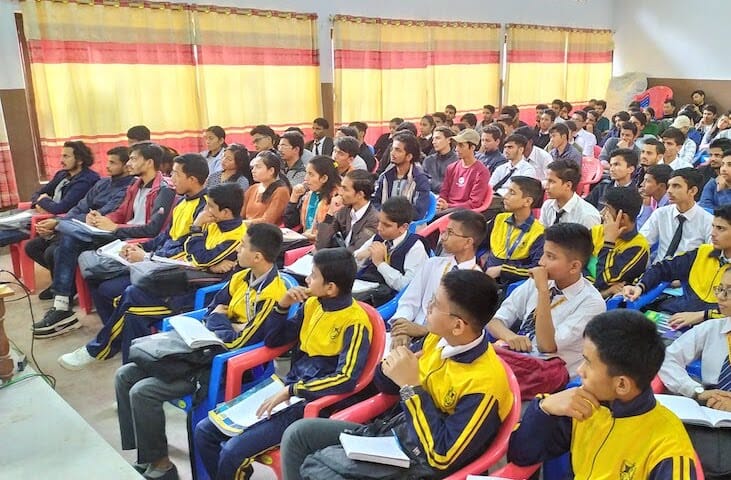 At the end of the day, I told them to install Python and come prepared for the hands-on workshop for Day 2.

The attendance on the second day dropped by fewer percentage but still had around 80 students. It was a full Python introduction workshop right from installing, some students didn’t install as instructed.

I started with the famous Hello World program in the Python interactive shell.

and then explained a bit about the differences between Interpreted and Compiled language.

Then, I moved to datatypes showing integer, string, boolean, and explained the concept of variable. After that, I gave the examples of complex data structures like List, Tuples, Dictionary, Set and others.

It was after a while we moved to our first milestone program which was to “Get the input from the user his name and phone number and display it.”

The main goal was to create a CLI app to perform a few command operations like copy, move, or delete files. Full extended source code can be found here.

I was thrilled to see that a couple of 9th class boys did quite well and they even created their own small version of the calculator app. Obviously, it wasn’t good from other aspects of programming like the clean program, error handling, etc but it was enough to give them a programming experience.

During my bootcamp journey, I found many interesting observations and few were quite alarming ones.

During my eight months stay at Nepal, I found that the IT presence is increasing day by day. IT events are happening more often then previous years. However, the main thing that need to be changed is the people’s MINDSET over anything.

Syntax Highlighting with Prism in Jekyll